The following is a write-up on the 24th Infantry Regiment, Black Troops first called Buffalo Soldiers by the Native Americans in Oklahoma. 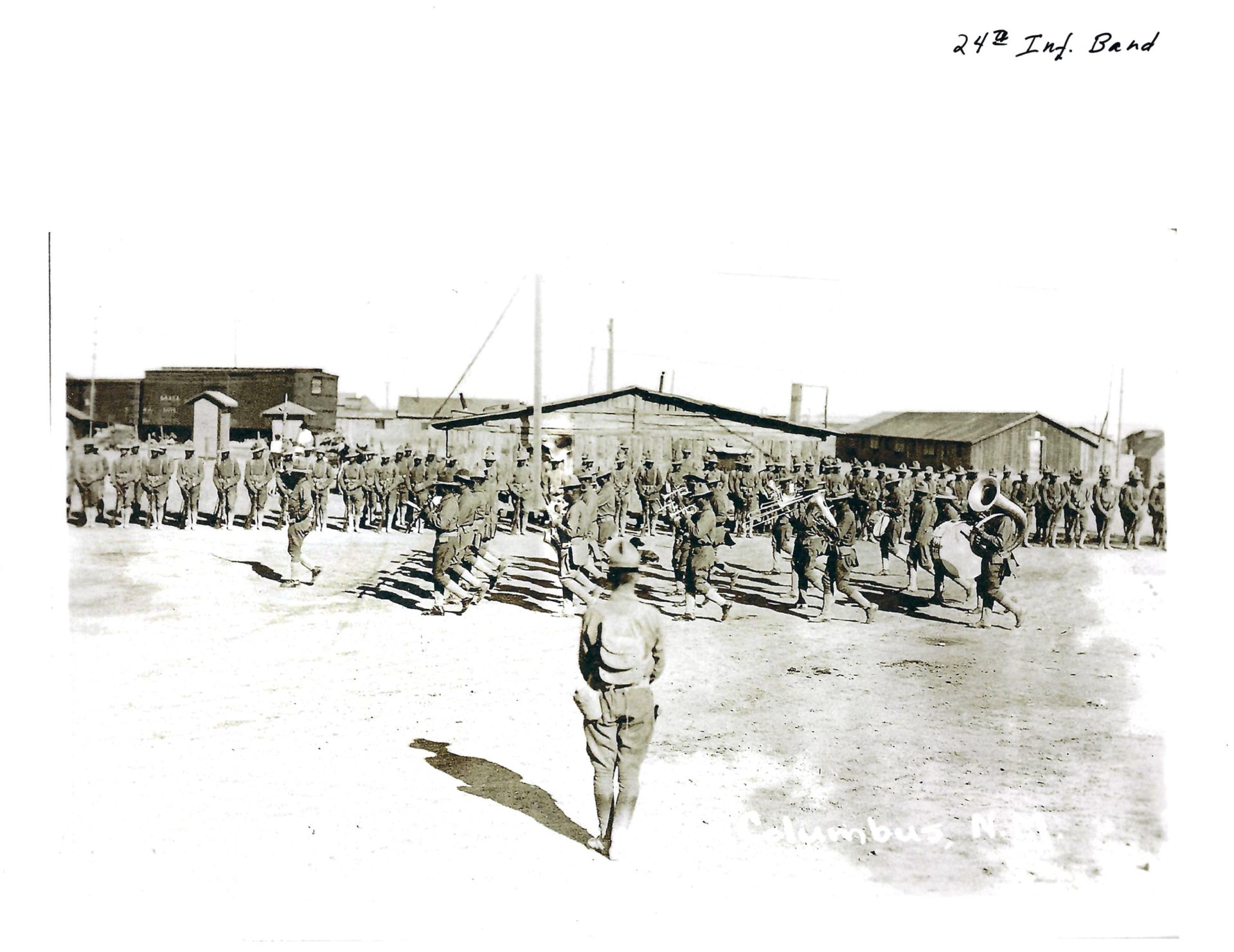 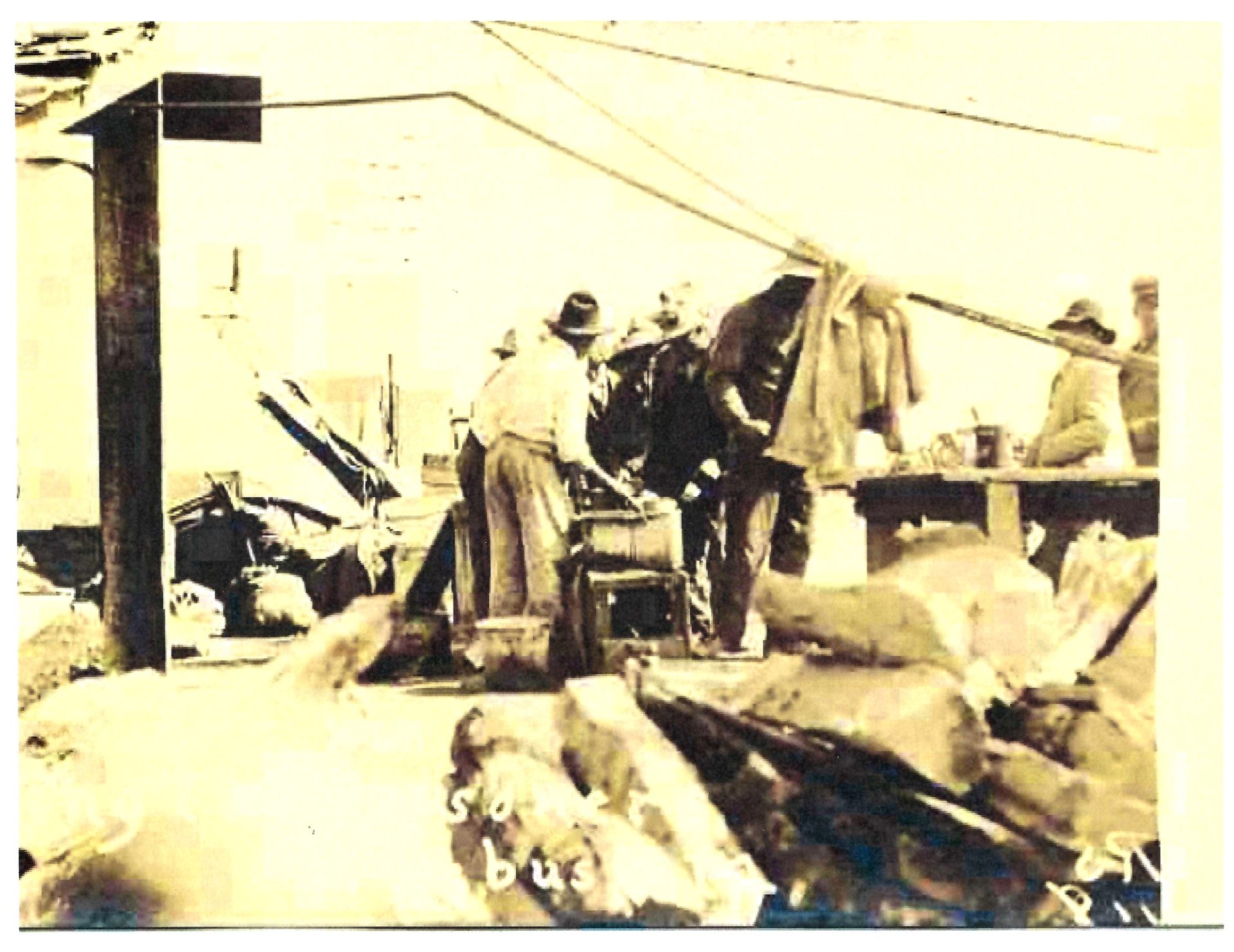 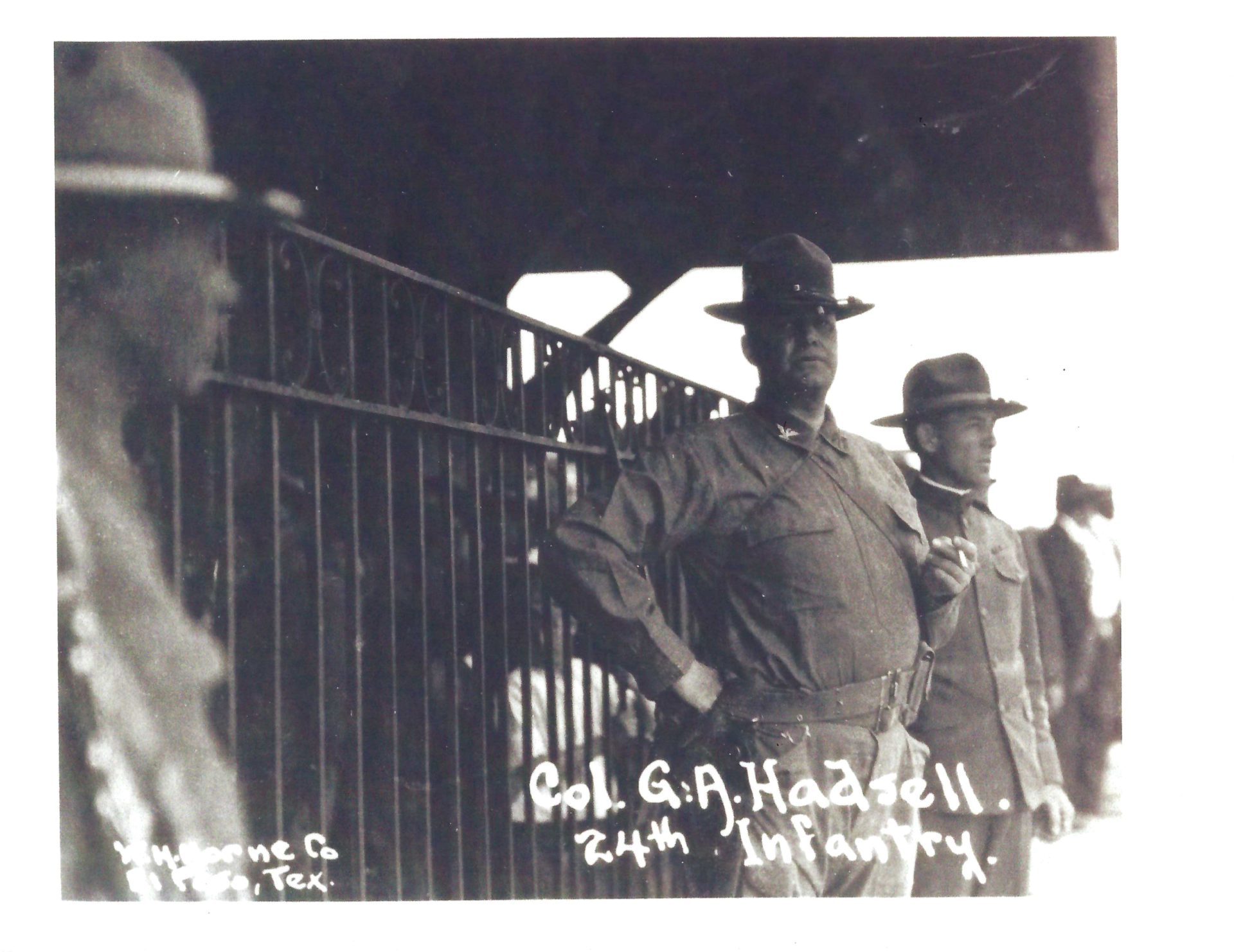 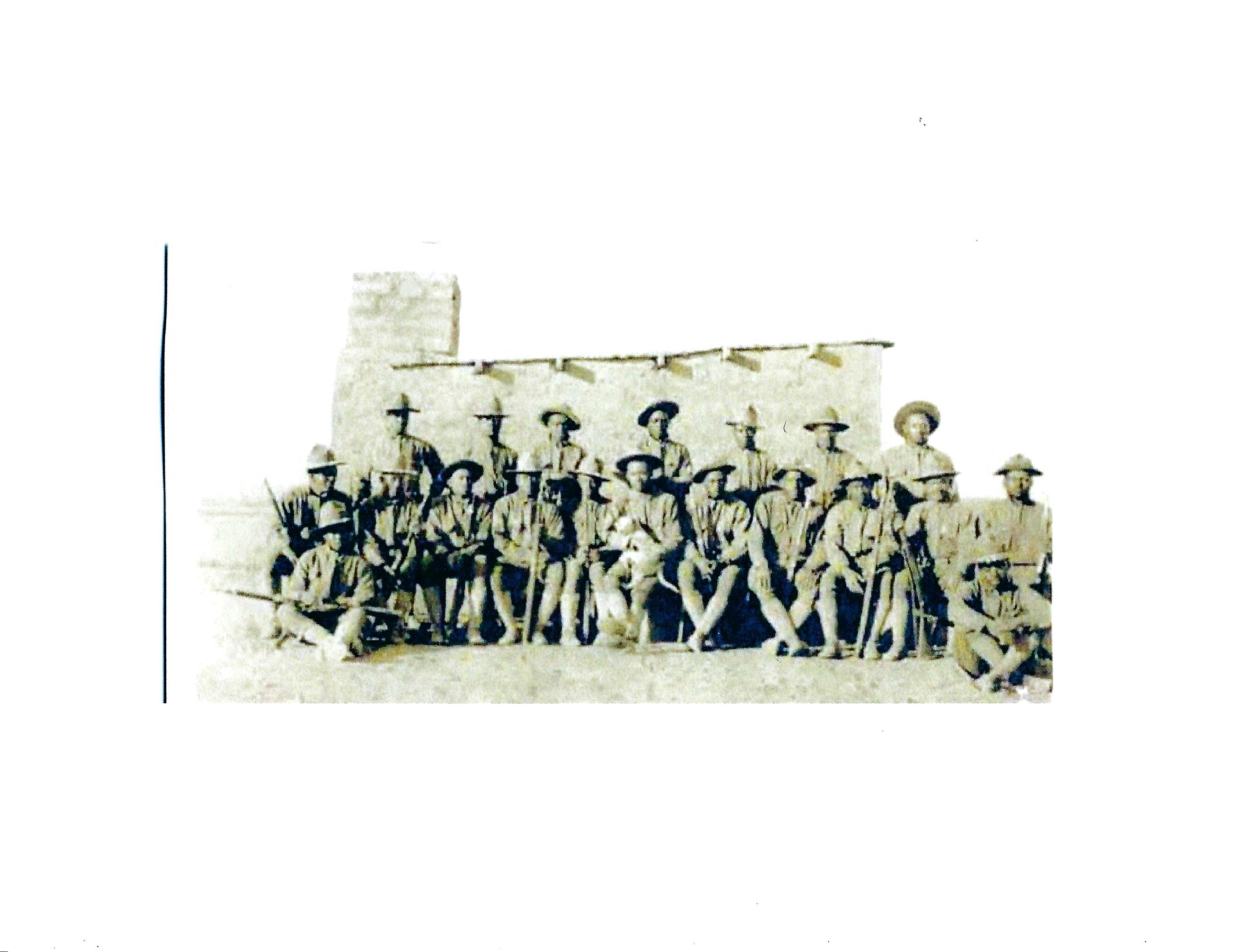 The 24th Regiment was the regiment that the Buffalo Soldiers were assigned to.

The 24th Regiment had recently been in the Philippines where they had been relatively well-received.

The Regiment had only recently returned to the United States when they were sent to Camp Furlong in Columbus, NM. They came from Fort Robinson a couple of weeks after Pershing went into Mexico.

Much of the regiment was stationed in Mexico until Pershing pulled American troops out in February 1917. Subsequently the 24th stayed in Columbus until most troops left in 1922 for Fort Benning, GA.

By 1924 all were gone. The troops stayed in the tents west of what is now State Highway 11. In 1919 they were able to salvage buildings from the military camp in Deming, NM and built a more permanent-appearing camp further west just outside the boundary of what is now the Pancho Villa State Park.

Columbus did not make life easy for the members of the 24th. The 24th found Southern New Mexico generally hostile to their presence. The mayor of Columbus was especially racist and eventually got the regiment removed. The Army wanted to use elements of the 24th to monitor and control labor strife in the Southwest but found that these communities generally refused to allow black troops into their communities. Instead, the Army ended up sending white cavalry troops for these duties.

Because the 24th Regiment was the largest military unit in Camp Furlong after the Pershing expedition, The Commander (Colonel or LT. Colonel) was the commander of the camp also. At that time officers of the 24th Infantry were white. The white 12th Cavalry Regiment had troops stationed at Camp Furlong when Pershing went into Mexico, and they stayed until 1922. They were dwarfed in numbers by the 24th Regiment.

An important event for the 24th Infantry during their stay in Columbus occurred in Houston, TX at the start of the build-up of forces for WW1. In the build-up, 24th Infantry troops were sent to Deming, NM Waco, TX. and Houston, TX to guard the training camps being built there (cantonments). Almost immediately there was racial strife at each location. The most serious was at Houston which culminated in a riot. The Army immediately pulled the Infantry troops back from all three locations to Columbus. For several weeks portions of Company 1 of the 24th were incarcerated in Columbus before they were shipped to Fort Bliss in preparation for an Army Board of Inquiry and then on to Houston for a military trial. The resulting execution of two groups of prisoners remains a matter of interest today.

Many thanks to Dr. Robert Bouilly, Historian and Friend