History of the Columbus Depot

The El Paso and Southwestern RR was completed from Douglas through Columbus to El Paso in Dec., 1902. A depot was built in Columbus north of the tracks. Near it a house was built for the section foreman.

The depot must have been inadequate because it was torn down and a new more substantial building was constructed south of the tracks by 1909. This depot is the present Columbus Historical Society Depot Museum. 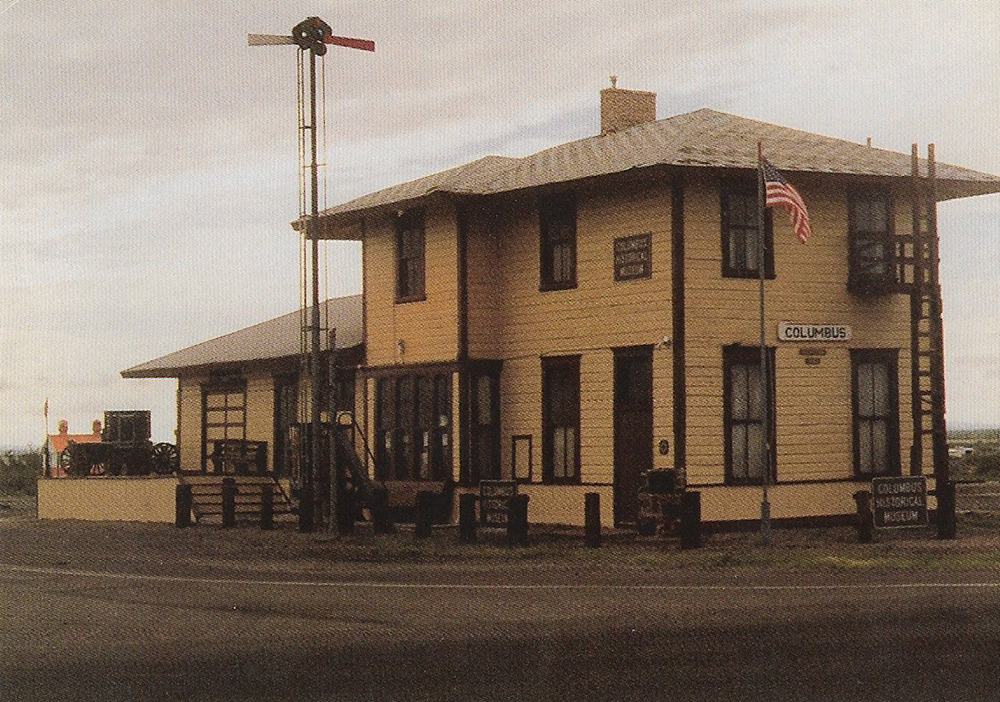 The Columbus News, Oct. 8, 1909, reported that “The railroads’ house moving crew has been here all week and has completed the job of moving the section house which formerly stood north of the tracks, across to the south side and about one hundred feet west of the depot. It will be occupied by the customs officials and U.S. Land Commissioner who heretofore had their offices in that part of the depot which will now be used for a waiting room.”

This building remains at that location, now within Pancho Villa State Park and, for a time, served as the park’s office. Built in 1902, it is the oldest building in Columbus.

Southern Pacific RR absorbed the EP and SW on Oct. 31, 1924. The line was maintained by S.P. until 1960 when it was closed and the tracks and ties were salvaged.

The Columbus Historical Society acquired it from S.P. and converted it into a museum. It has been repaired and refurbished, and is one of Columbus’ best institutions.