History of the Columbus Jail

The process of building the jail began in 1916. A portion of N. Main Street was condemned by the village and $211 was paid to the owners for their rights. Bids were taken to build a concrete jail and V.L. Pupmeier of Denio had the low bid: $987. The County Commissioners appropriated $300 toward the cost in Oct., 1916.

The jail was finished by Mar. 6, 1917 when a final payment was made to Pupmeier. He finished the job a little under his estimate charging the village $954.25. On the 22nd, the County Commissioners visited Columbus and approved the new jail. 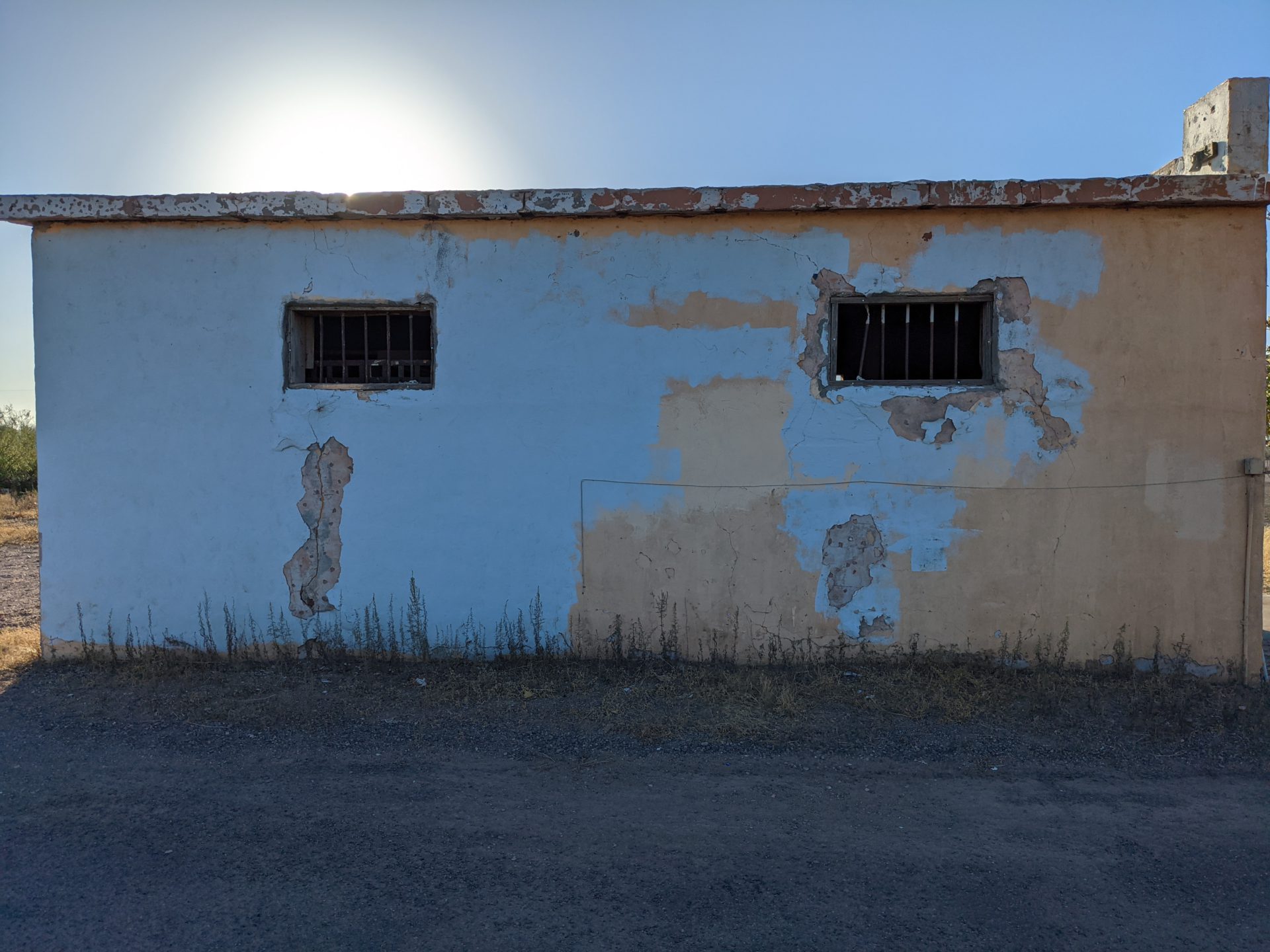 There were no cells in the new building. The Trustees voted to buy two cells in Nov. Where and exactly when they were obtained and at what cost is unknown. A widespread village rumor is that they came from the Yuma Territorial Prison. This is plausible because the Globe, AZ jail of similar vintage did obtain their cells (used) from Yuma.

The jail did business for about 20 years. Customers were usually in for minor crimes: vagrancy, bootlegging, disturbing the peace, burglary, prostitution, gambling. Serious offenders were held there briefly until they could be taken to Deming. But by 1940, it had fallen into disuse.

It has served other needs. In 1963, it was the home of Lorenzo “Lencho” McClellan, 87 years old. When he arrived in Columbus, he “asked a fellow” if he could live in the Municipal Building as it was called then. The fellow said, “Sure, long as you want.” So Lencho moved in. He survived on a diet of sardines, crackers, and cheese bought with his small pension but he cleared away the mesquite and grew vegetables for the kids in the village who, he said, need fresh vegetables. Old men don’t.

The jail acquired its most useful inmate in Dec., 1969. Carl Graham and Tom Farrell roped a cougar near the Tres Hermanas. Pat Butz, a teenager working at the gas station, saw the female lion trussed up in the back of Graham’s pickup. For a few days, she was the village’s guest in one of the cells and lived on a diet of mostly jack rabbits. Eventually, the lion was moved to Duncan Freeman’s ranch west of Columbus. Pat thinks that she had kittens at the ranch and the cat family went to the Albuquerque Zoo. Luna County Arts and Crafts Society used the jail briefly in 1979, then the County Sheriff’s Dept. took it over to use as a substation. They repaired and built the present porch in 1983. By the early 90’s though, they abandoned it and the old jail has been mostly idle ever since.